Choosing and Maintaining a Shake Roof

There’s no doubt that shake roofs are visually pleasing. There’s also no doubt that going with these roofs are an expensive decision that homeowners should really want before having one installed.

While shake roofs can be composed of various breeds of wood—California redwood, western red cedar, cypress, spruce, and pine—the most popular choice is cedar. Shakes are split from logs and often left unrefined, preserving a rugged, textured effect that adds character to the overall look.

So what are some reasons you might be better off with asphalt?

Shake or shingle, the cost of wood is going to be higher than the cost of asphalt. According to HomeAdvisor, the 2019 numbers for installing a shake roof come down to $600 to $670 a square. This puts wood shake in the $10,000 – $20,000 replacement price range, whereas an asphalt roof will range between $5,000 – $10,000. If you want the look of wood shake without the wood, the cost of high-end synthetics will be even higher.

Wood shake roofs require a lot of extra work. First, you have to determine if you will chemically treat your shake roof to resist rot (we recommend you do). But even this solution isn’t ideal—the sun has a way of drying out the chemicals. Then there’s the matter of precipitation. The Ozarks gets a lot of rain, which will soak into the wood and cause the roof to age at an accelerated pace. Left untreated, the rain can feed moss and mildew, leading to even more difficult problems.

Now, all roofs will need maintenance, regardless of material. However, shake roofs require some extra care to remove any debris—needles, leaves, nests—don’t get a chance to decompose. If you need roof repair, you might need to replace large sections of the roof, which might leave your roof looking discolored, as newer shakes won’t have been exposed to the sun for the same duration as the existing shakes. 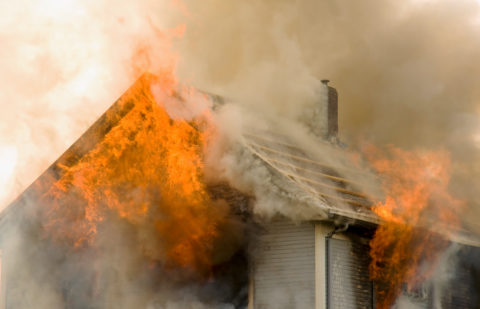 It’s no secret that wood is highly flammable. Just as the Ozarks gets its share of rain and precipitation, we also experience periods of intense dry spells. Now, most shake roofs will be treated with chemicals to avoid a surprise house fire, this will also dry out. If your neighbors are enjoying their firepit, a stray spark carried by a gust of wind might be all it takes to light up the neighborhood.

While pretty much any material will alter if left out in the sun for years at a time, wood is especially susceptible to warping. In fact, shakes will begin to dry out after only a few years. When wood dries, it curls, which could leave your decking exposed. Exposed roof decking is something all homeowners should want to avoid, as the subsequent roof repair can be expensive.

Shake roofs can be absolutely gorgeous. As roofing contractors, we understand this. And if it’s the aesthetic you want, we will make it happen. It’s better to know ahead of time, though, the costs and upkeep that come with shake roofs—both at the time of sale and over the life of the roof.

Wondering what material would best suit your roof? Contact the team at Dale’s Roofing!

Pleased to be a certiﬁed contractor for the following brands

Dale’s Roofing, Inc. is a locally owned, family run business that has been serving the Springfield area since 1986.